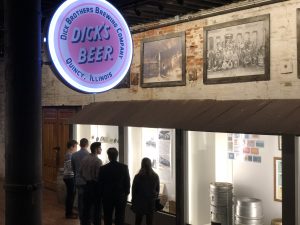 Sometime during the winter of 2015, friends Bret Austin and Mark Krogman were on a trip together with their wives when they discovered a very odd coincidence. They were discussing old Quincy history and realized that they both had a family tie back to the original Dick Brothers Brewery buildings. Even more shocking than that was that they both collected old items from the Dick Brothers Brewery. Knowing each other for over 25 years at that point, neither of them had ever discussed this with each other. 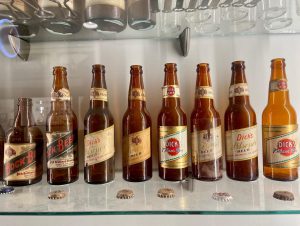 After a few more beers hoisted in celebration of this new found mutual interest, both Mark and Bret talked about the idea of actually owning one of the buildings together and having a place for their mutual collections. As fate would have it, they wouldn’t have to wait long. Just about a month later a call came from a local realtor (who knew of their interest) that one of the buildings was going to be put up for sale. In just a matter of weeks, a deal was put together and Mark and Bret found themselves the owners of the Stock House buildings at 917-935 York. 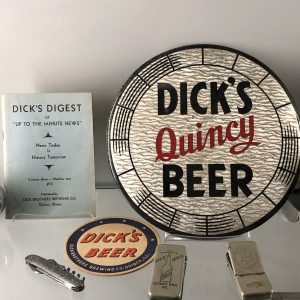 Work began immediately on the “big ticket” items to make sure the security and integrity of the buildings was protected but always in the back of their minds was the goal of showcasing the many Dick Brothers items they had collected over the years. Finally in 2017, work began in earnest on what would become the Museum Room. The space chosen was part of the lower level of the original Stock House building that had been used for storage for many years. A complete cleanout of the room was required and many improvements to make it what you see when you visit the brewery today. Completed in October of 2018, the Museum Room opened to a great reception on Oktoberfest 2018 Weekend. 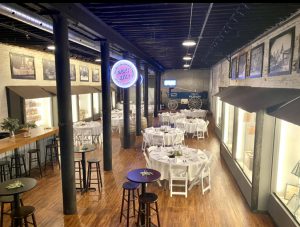 The displays are continually updated and revised as the owners acquire new items and has developed into one of the larger collections of Dicks Brewery items known to exist. All tours include time in the Museum Room and the room can also be rented out for smaller parties and meetings. We also open the Museum Room during other special events we hold at the brewery complex. Book a tour or event and come check out this great tribute to the history of the Dick Brothers Brewery and the German heritage that is so entwined in Quincy Illinois history.