Three Brothers and a Dream 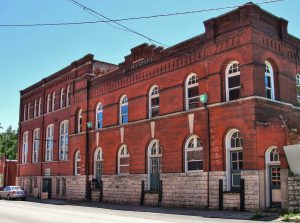 Life in mid-19th century Germany was rough. On the mend from a series of wars and a famine or 2, eking out a living was hard, even if you were willing to put in the work. Which was why for German immigrants, America was the promise of work actually paying off.

Three brothers were among the throngs of immigrants seeking a better life. Matthew, Jacob and John Dick were not brewers by trade and originally settled in the Belleville, IL area. As they looked for places to expand their trade business north on the Mississippi they came to Quincy, Illinois.

Boasting a large German immigrant population, Quincy was an industrious, growing city. The brothers decided it was the place to settle, as had many of their forefathers and friends. Together they se out to make a space for their small section of town to come together.

Sure, beer was the product, but it was about more than that. Dick Brothers Brewery encapsulated ambitious industry, the creation of community, and the American dream. It was about the work and the success that came after, the manifestation of one’s own destiny, if one wasn’t afraid to try.

As it grew, the brewery began to see shipments of over 70,000 barrels, at one point even eclipsing the production of the Anheuser-Busch beer empire in the 1880s.

Unfortunately, prohibition put a stop to production from 1920-1933 and the brewery was shuttered. But, judging from Quincy’s colorful past and as a city once known as “Little Chicago”, we are pretty sure a keg or two might have slipped out the back door during those years!

After prohibition ended in 1933 and a new federal taxing system was put in place for all malt liquors, the Dick Brothers family gave it another go. Unfortunately without the money to modernize their operations they lost a lot of market share to breweries in larger cities that could now ship more nationally. After a series of starts and stops the brewery was officially closed in 1949 and sold off in pieces at auction in 1951. 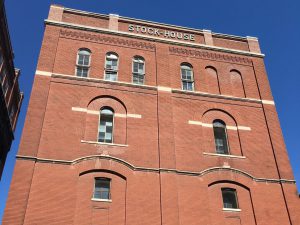 There have been a series of owners of the different buildings over the past 6 decades and various warehouse and service businesses called the buildings home. But in the mid-2010s, it became apparent that the buildings were falling further into neglectful disrepair until they were scooped up by Bret and Mark in 2015. They also have continued to buy more of the properties in the brewery complex and now own about 80% of the still standing buildings.

For them, this is about so much more than just beer. In restoring these historical spaces they’re keeping alive the brothers’ ingenuity and industrious spirit. The idea that no matter where you come from, you can try and make something of yourself through hard work is as true then as it is today; it’s in every brick the brothers laid, and every board Bret and Mark restore.

See the space for yourself in real life and book a private group Tunnel Tour.